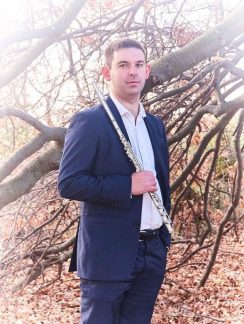 David Shaw is a multi-instrumentalist, specialising in flute and piano. He has extensive experience in many genres of music, from performing, arranging and teaching. As an orchestral musician, David has performed casually with several state orchestras in Australia, including Canberra Symphony Orchestra and Orchestra Victoria, and in conjunction with the Australian National Academy of Music with Tasmanian Symphony Orchestra and the Melbourne Chamber Orchestra.

As a soloist, David has performed predominantly flute both for and with many highly regarded international artists. David has reached the finals of the Australian Flute Festival competitions in 2013 and 2015 and In 2016, David toured Europe and China with the Australian Youth Orchestra as principal flute. The Australian National Academy of Music asked David back in 2016 to perform WA Mozart’s flute concerto in G major, under the baton of Ilych Rivas.

Since 2017, David has called Orange, NSW home, taking up the positions as Head of Keyboard Studies and Schools Liaison at the Orange Regional Conservatorium, Music Director of the Orange Symphony Orchestra, and board member of the Orange Regional Arts Foundation and the Orange Chamber Music Festival. He is an active performer in and around Orange and enjoys collaborations with artists from all over Australia. 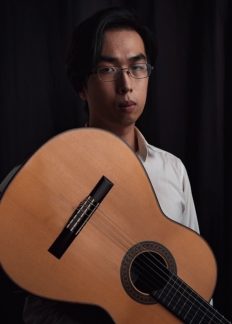